A core focus is producing quality educational content and outreach is a main vehicle of distribution.

CanEvolve educates people about the cannabis plant by interacting with the public, business, organizations and individuals through presentations, media, materials, lectures, consultations and innovative techniques. We conduct, collect and analyize surveys, polls, and studies.

We have decades of experience and knowledge to share.

We are currently running:
Quick Quiz (right side->)
Usage Survey

Please take the time to fill out these quick surveys. Thank you.

Due to the low consumption of illegal drugs by the population as a whole, samples must necessarily be large (in Canada over 12,000 respondents). Whatever the sample size, these surveys inevitably underestimate consumption. Respondents tend to under-report, either because individuals simply refuse to respond because of the legal implications, or because some at-risk persons are not included in a telephone survey. Then there is the matter of memory: the more time elapsed between consumption and the survey, the less reliable one’s memory of occasions, circumstances, and quantities.

CANNABIS : OUR POSITION FOR A CANADIAN PUBLIC POLICY
REPORT OF THE SENATE SPECIAL COMMITTEE ON ILLEGAL DRUGS
Chapter 6
VOLUME I : PARTS I and II
http://www.parl.gc.ca/Content/SEN/Committee/371/ille/rep/repfinalvol1part2-e.htm#Chapter%206 Rabble: Tell us your immediate reaction to the marijuana legalization announcement.

4/20 Friendly? Canadian support for pot legalization grows, but most don’t view it as a national priority

Should marijuana be legalized for recreational use? 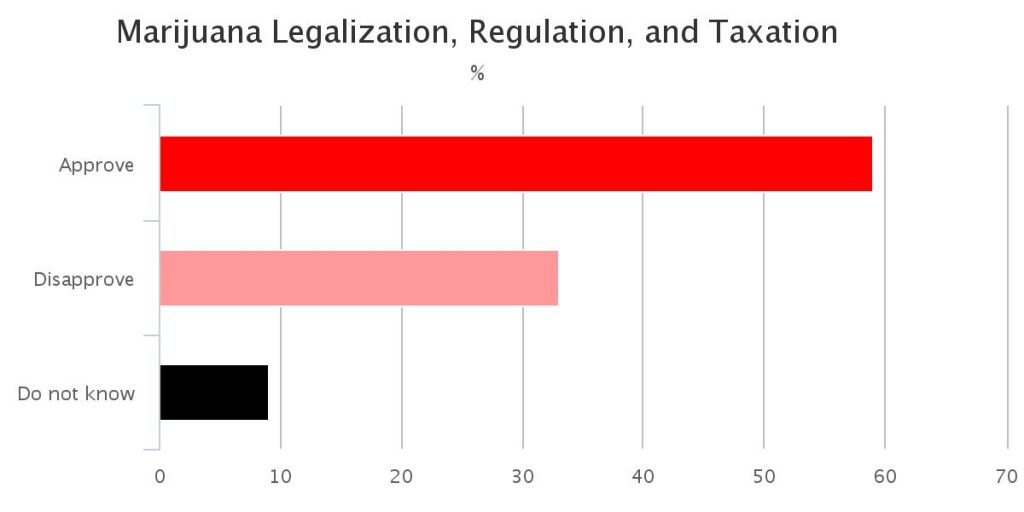