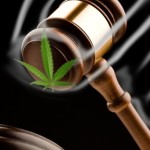 Cannabis policy of total prohibition in Canada has stayed the same since 1923 despite government studies such as The LeDain Commission of Inquiry into the Non-Medical Use of Drugs – 1972 and the Senate Special Committee On Illegal Drugs, 2002 which both recommended relaxing the current laws.

In the 1990’s, hemp stores began opening around the country, and a magazine, Cannabis Canada, was on very selected news stands. Also by the late 90’s, several compassion clubs that distributed cannabis to the sick started operating, mainly in BC. This was the start of cannabis activism, albeit all of it illegal. Hemp became legal in 1998 and another new industry was born.

At the turn of this century, change began to occur when sick patients took matters into their own hands and began using the Courts to force the Canadian government to allow access to cannabis as a medicine.

In 1999, 2 patients gained Section 56 exemptions through the Court and in 2000, the government was ordered by the Court to set up a medical program for patients to access cannabis by 2001, in order to comply with the Charter of Freedoms and Rights. The program was cumbersome and patients still needed approval from Health Canada before becoming eligible. Patients were also only allowed to use cannabis in raw form and could not use it as edibles, oils, tinctures or topicals. Under the Medical Marihauna Access Regulations (MMAR), approximately 38,000 Canadians had to grow their own medicine or designate someone until the government set up one producer, Prairie Plant Systems, after a court challenge in 2003. Almost all patients continued to grow their own and a mere 12% accessed Health Canada’s dried cannabis. More Court actions by patients ensued and many complex legal cases throughout the decade helped bend and shape the medical program into what it is today.

Currently, there are still patients covered under the old MMAR through a court injunction which allows them to continue to grow their own medicine. Patients who joined the new program, Marihuana for Medical Purposes Regulations (MMPR) which came into effect July 2013, began receiving their medicine from a Licensed Producer and could not grow their own. A new Court order in February 2016 rendered the MMPR unconstitutional for not allowing patients to grow, and Government policy changed on August 24, 2016 to comply with the Court order. The Courts also decided that patients have a right to access baked goods and other forms of cannabis rather than just the dried cannabis buds. The new program, Access to Cannabis for Medical Purposes Regulations (ACMPR) allows patients to grow their own medicine as well as access oils and other forms of cannabis from Licensed producers.

Anyone who is not a legal patient is still subject to arrest and criminal sanctions, including mandatory minimum sentences, though the validity of the law has been in question for a long time. See: http://cannabiscoalition.ca/post-allard-invalidity-of-possession-prohibition/. The Liberals won the 2015 federal election and cannabis legalization was a much touted plank of their platform. Despite the win, nothing has changed and people are still being arrested.

Over the last couple of years, activists and entrepreneurs began opening medical cannabis dispensaries in several larger cities, Vancouver and Toronto which remain open today. Vancouver City Council decided to try and regulate the dispensaries instead of shutting them down.

We anticipate regulated cannabis will be achieved in the next couple of years and we are poised and ready to assist in many ways. We have knowledge, experience, connections and skills to work in several capacities, and up to date on what is happening in the policy world. What do you need?