Sitting or standing around in a group passing a joint is a national past time in this great land of ours. I’m not sure how the custom originated, as you don’t often see people sharing cigarettes or beers the same way, but nonetheless, it happens with cannabis. It is not just joints either, people share bongs, pipes, vaporizers and any device that you can smoke cannabis from.

It is a custom we may want to rethink. While smoking cannabis has negligible effects on your health, placing your mouth on the same pipe, joint, or bong as everyone else, especially during cold and flu season, may have unwanted effects along with the intended effects of getting high. It won’t be cannabis that makes you sick, it will be the sharing of contagious germs. 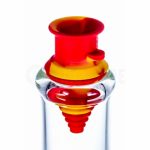 With legalization around the proverbial corner, that could possibly bring many more people together to share cannabis. It is time to speak about harm reduction, specifically, how to minimize the spreading of germs while still being sociable. Perhaps pre-rolled joints will become the latest, greatest thing, and people will adopt behaviour similar to cigarettes, where everyone stands around, but smoking their own joint instead of passing one or two around. In the absence of such products, the best idea is an individual mouth piece. People can pass a joint or bong, use their own personal mouth piece to ingest, then pass along the cannabis to the next person who also uses their own mouth piece.

This new custom may seem awkward at first, but it has been used around compassion clubs that allow smoking for a long, long time. Getting the cannabis consuming public to adopt such new behaviour may be easier than we think, as it makes so much sense, therefore it will appeal to the masses. Groups of close friends may be hesitant to use mouth pieces, but if there is a group of acquaintances or unfamiliar people, than folks will likely grab their mouthpiece before inhaling. 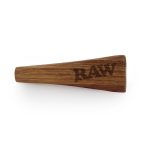 Something to think about the next time you are passing a joint or bong in a group with several people sneezing, coughing or have obvious cold sores on their lips.